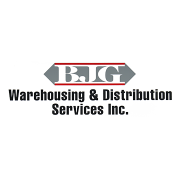 In spring of 2007, opportunity arose to expand on resin services, which were already being provided by Grant Haulage to their truckload customers.  A modern 40,000 sq. ft. warehouse was acquired, and began facilitating a complete range of bagging, boxing & palletizing services, of less than truckload resin products.

Additional services also include traditional storage, shipping and warehouse receiving.  The facility is linked to a rail siding, providing a complete rail to box seamless transload bulk to box operation.

Summer of 2011 brought further expansion of the business unit to the Quebec market. A second warehouse facility was opened just outside Montreal QC, where it remains a strong competitor in the marketplace today, offering the same services as the Milton operation, plus a full service dry bulk transport terminal.

Thank you for your interest in employment opportunities at BJG Warehousing and Distribution Services Inc., a division of Grant Group of Companies.