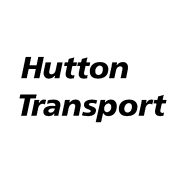 Hutton Transport Limited was established in 1932 by the Hutton family, based in Uniondale, ON, near St Marys, ON. During the late 1960’s, they expanded their operations to include a terminal Bowmanville, ON. Today, they continue to operate from both locations, in what is now a proud 85 year history.

The company became part of the Grant Group of Companies when it was acquired by Bradley J Grant Investments in 2015, which is also a family owned and operated business.

Thank you for your interest in AZ employment opportunities for truck drivers at Hutton Transport.

Hutton Transport is a trucking company that operates out of two locations in Uniondale (near St Marys, ON) and Bowmanville, ON. Hutton Transport hires primarily AZ tank drivers specializing in dry bulk cement, cement bi-products, and bagged cement. We are also hiring heavy multi-axle drivers for transportation throughout Ontario, Western New York and Michigan.

If you have any questions about employment opportunities for tank drivers and multi-axle drivers in Bowmanville or Uniondale please contact us.